During the past month I spent some time sharpening up my D3 chops - and what better way to do so than a data visualization competition? The task was simple - take an array of word frequency and length of Wordsworth’s collected works (available here) and through whatever means necessary make it into some sort of data visualization.

For me this meant turning to D3 - partly because I wanted to get better at it and partly because the D3 bubble charts look really cool. Resulting visualization is available here (May take a while to load due to the size of the json file) or just look at the image below. 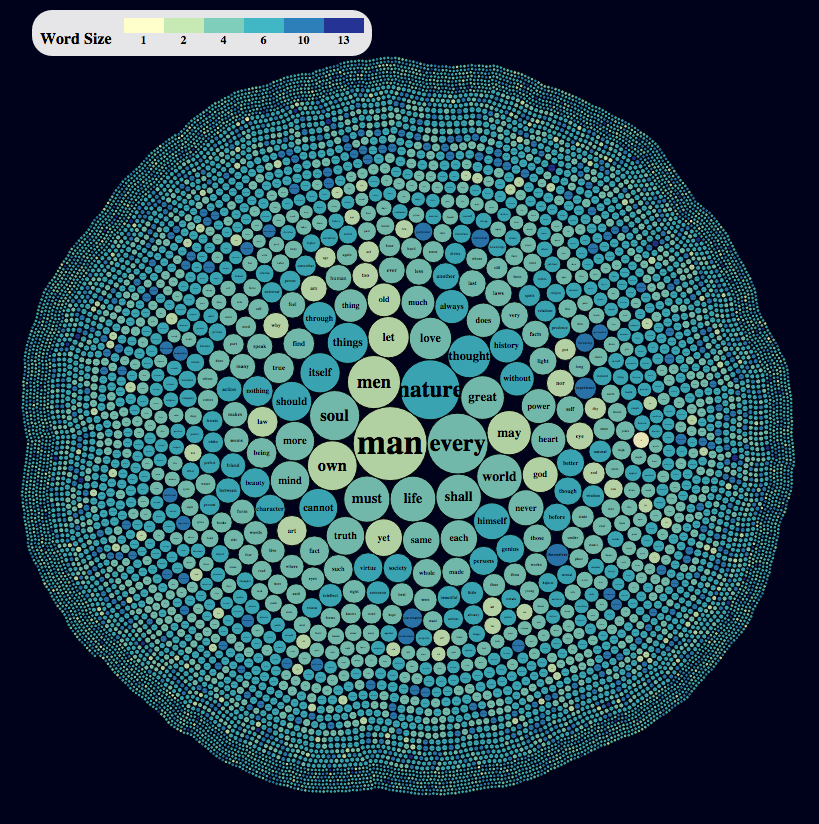 Turns out the words “every”, “man”, and “nature” were really important to Wordsworth’s poetry - who would have thought it (other than anyone who’s read anything by him). We may not have found out anything overly important about Wordsworth today, but at least I had fun doing it.